Anyone who has stayed with us at Komandoo Maldives will know that our Champions love nothing better than to give their very best when it comes to service – it’s mentioned time and time again in the reviews our guests leave us on Trip Advisor. We believe the secret of the great service at Komandoo is the wonderful family of Champions who all love what they do, along with the embedded service culture on the island.

Our Champions are recognised both by our guests in the reviews as well as the inhouse awards they gain – there have recently been a few promotions and long service awards given:

Long Service Awards were given to Senthil – 22 years, Riza – 20 years and Youssuf – 10 years. It’s the smiles and resort knowledge of these guys and their colleagues that make arriving at Komandoo feel like coming home.

Sanwar has been promoted to Head Bartender. He joined Komandoo as a Labourer, was transferred to the F&B department as a Bar Helper and has worked his way up the career ladder. Sanwar is an active member of the Bodu Beru team, he loves gardening and has been involved in the improvements of the Thundi Bar garden area. If there’s a guest or champion activity you can bet that Sanwar will be participating!

Nalinda has been promoted to Chef de Partie. He joined Komandoo as a Commis Chef in 2013 and has been giving outstanding performance ever since. Notable are his skills in pastry decorations and carving – vegetables, fruit, ice, butter – all end up as works of art when Nalinda is around! Nalinda takes part in culinary skill competitions too and has won both Gold (2014) and Silver (2015) for Fruit & Vegetables carving in the FHAM Asia Maldives competition.

Asfaau has been promoted to the position of Cost Controller. Having joined Komandoo in 2005, he has worked his way up the career ladder from Cost Control Clerk. Asfaau is an active member of the Komandoo football team in his spare time.

Vinod has been promoted to Head Bartender. He joined us as Bartender in 2011 and his dedication paved the way for his career progression. Affectionately known as ‘Bar Master’, Vinod is well known by our resident guests.

Chaminder has been promoted to the position of Electrician. He started work at Komandoo in 2009 as General Operator and has been working his way up through the Maintenance Department ever since.

Our Champions are looking forwards to welcoming you to Komandoo very soon. 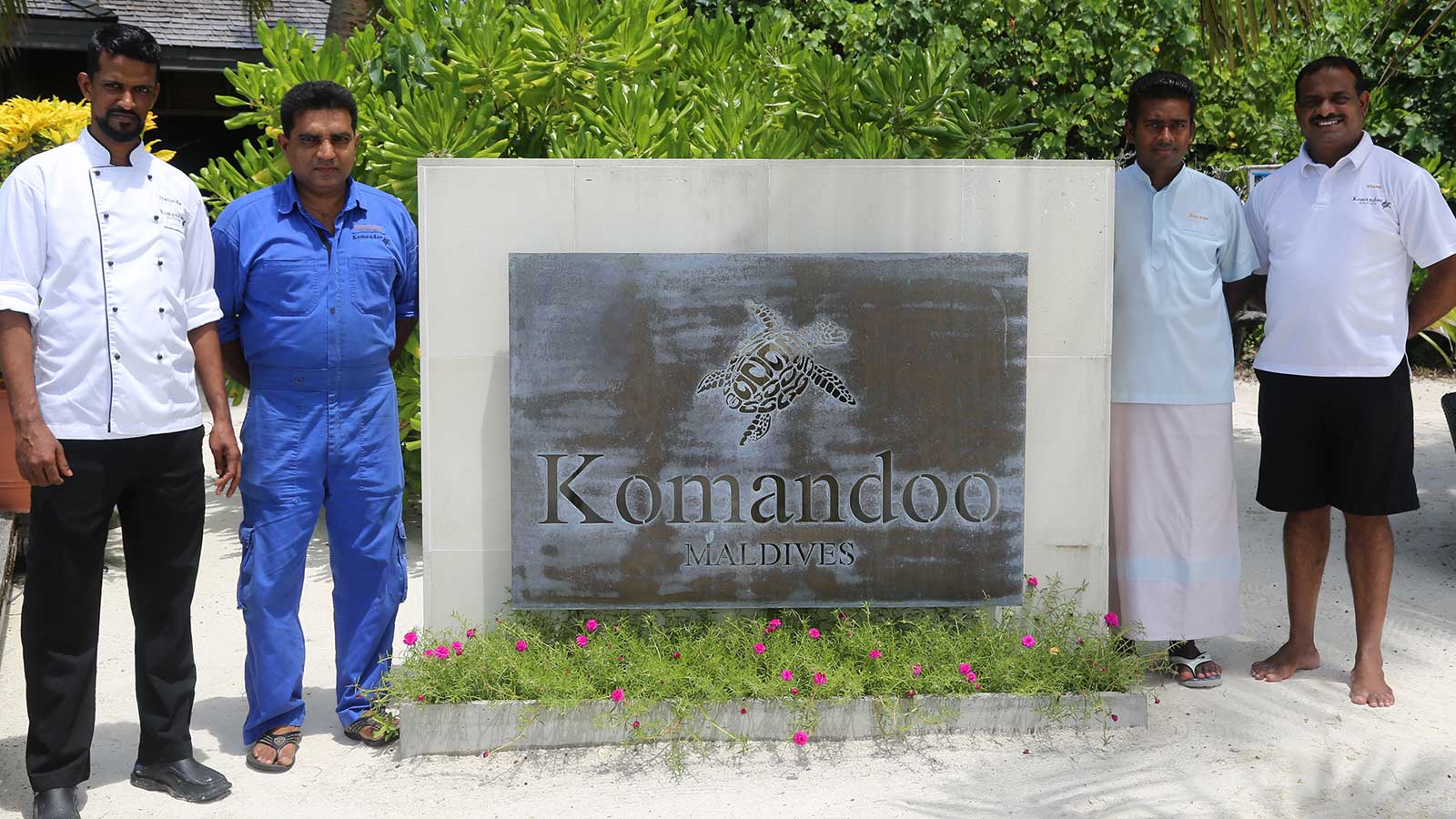